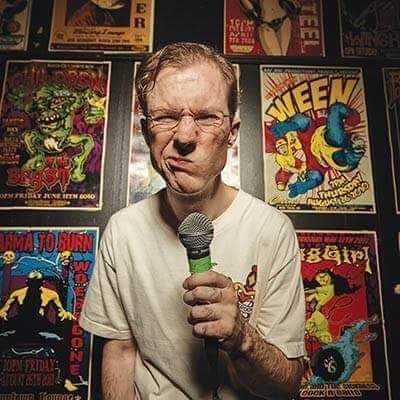 One of the most recognizable names in Tulsa, Evan Hughes has been doing stand-up comedy for about 5 years. After going to only hardcore shows in 2014, Evan did his first set at the Loony Bin Comedy Club where he is now a paid emcee. In September 2016, The Tulsa Voice wrote an article about Evan and his comedy. About a month later, Evan released a limited edition t-shirt that is now out of print after he sold about 300 of them. Evan has opened for Creed Bratton (from the TV show “The Office”), David Liebe Hart (Adult Swim), Tim Northern (Last Comic Standing), Shane Mauss (Conan) and many more. Lately, Evan has been having a lot of fun hosting his own stand-up comedy shows at The Vanguard and Heirloom Rustic Ales.